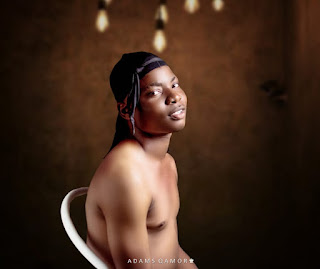 KGOLD RAHP Born on 19th March 2000, also known as Sanuade Korede has given credit to Nigerian Super Wande Coal, Adekunle Gold, and Patoranking as models on his musical Career.

Speaking on his motivations, he said “Well, I have passion for music from childhood, and artists like Adekunle Gold, Patoranking and Wande Coal have been my motivation so far.

“Music has been a way for me to express my mental intentions also, being an introverted-minded person, I do say a lot through music.”

Launched into the music scene in 2019, KGold has been exciting his fans with some hit music.

Some regard him as KGold on Deck. His first song “JAN 2 DEC” which is a track off his debut EP ‘THE CUMULATIVE EP (6 TRACKS)’ remains a great sensation as many listeners continue to celebrate the track.

He released his second EP title MADE WITH LOVE March 2021 and also had a hit. His most streamed and most love single titled HELLO was a fore run for the EP and it goes up with encouraging results from his fans.