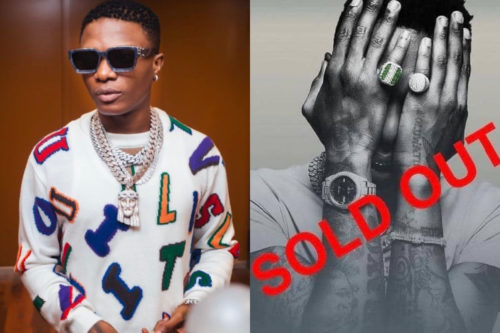 Nigerian-Grammy-Award-Winning singer, Ayodeji Ibrahim Balogun, better known as Wizkid has expressed gratitude toward New York City for availing him the opportunity to sell out his tickets within 24hrs ahead of his Made In Lagos tour.

Wizkid’s “Made In Lagos” tour has been slatted for the 11th of September, however, luck shone on him when the tickets for the show sold out within 24hrs of release.

His manager and3rd baby mama, Jada P was equally beaming with excitement for selling out their tickets in New York City, adding that it’s crazy and this is history and that again goes to show that Big Wiz, as he loves to be called is one of the biggest artists in the world. 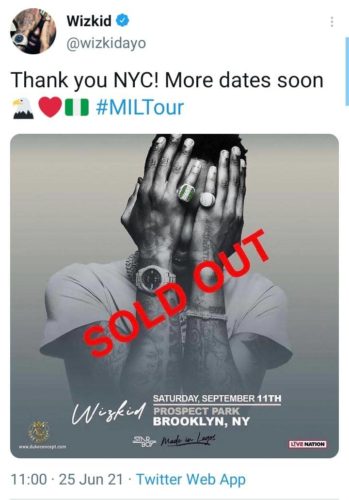 Wizkid kicks off his “Made In Lagos” tour soon, and New York City is all set for him to come and bless them with some good music

Peruzzi Vows Never To Consume Alcohol Or Cigarettes Ever Again